India is a country which has religionised almost every aspect of life, so has the business and property avenues also been sanctified by professionally trained priests. Our ancestors have formulated the way to receive blessings from the Supreme for the business and the property we own. Acharya Prem Bhatt, who is one such trained Hindu Priest from India in Melbourne, is well grounded in Hindu rituals and performs perfectly all the karmakanda prescribed by Hindu scriptures.

Pandit Ji performs various business and property pujas’, some of the prominent one’s are: 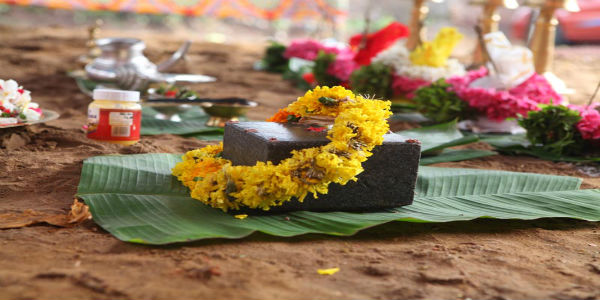 In Sanskrit, earth is called Bhoomi. It is personified in Hindu religion. Bhoomi Puja is a ritual performed by trained priest who seeks for forgiveness for the Jajman from Mother Earth, as construction would kill and harm the other beings already residing. There are various hymns and mantras described in Veda to neutralize the ill effects and bad repercussions by disturbing the equilibrium maintained by Mother Earth. Acharya Prem Bhatt, performs these rituals with perfection.

Grih Pravesh is a ritual that is performed when one enters the new house for the first time. Once when the house is ready to dwell, family or the person moves in on an auspicious day. There are two things to be considered during the Grih Pravesh one panchang (almanac) and other being muhurt (auspicious time). Both of these are given by a priest.

There are 3 types of Grih Pravesh as described by our scriptures.

In all these types of Girh Pravesh, auspicious time and date is a must.

Since time immemorial business has been an integral part of human society. Hindu culture believes in sanctifying business through various Vedic Hymns. Broadly considering there are two aspects of business:

Hindu priest Acharya Prem Bhatt is an authorized Hindu priest who performs these rituals with perfection, as a result his Jajman’s are benefited immensely.

Want to get any Business & Property Puja organised